From Drains, Rivers, Streams and Lough, which determine our parish boundaries we have come a long way to the modern day .com Website. The Parish of Ballyscullion / Bellaghy finds itself in a rather unique position; we have two churches, the parish church of St. Mary’s Bellaghy, Co. Derry and our second church of St. Joseph’s Ballyscullion, Co. Antrim.

The River Bann runs through our parish, hence necessitating a journey of 15 minutes between churches. As indicated already we are within two counties, however this is not the most unique aspect of our situation. We must leave the diocese of Derry, pass through the Archdiocese of Armagh, over the Bann at Toomebridge into the diocese of Down and Connor and eventually to St. Joseph’s on the other side of the Bann.

These two areas were originally the natural hinterland for the Monastic Settlement known as Church Island (Inis Taide) situated on Lough Beg within the Bann. The Dominicans and the Augustinians have been associated with this place of prayer, learning and culture up to the 12th century. People have buried their dead there until recent times, and an annual pilgrimage takes place to the Island each September.

We look at a Parish today with almost 800 families, which is well served by a Church built in 1814, renovated in 1827, replaced by present church in 1877, presently undergoing major renovation and extension. Hopefully this edifice will be a fitting tribute to those who built the church in post famine years; and as it is a symbol of faith from the past may it be a beacon of hope into a future century.

Ours are a proud people, blessed with great self-belief and resilience. This has demonstrated itself in the constancy of the people’s faith, their generosity; their perseverance in difficult times, none more so than in the last thirty years of the so called ‘Troubles’ which cast a heavy toll of suffering and untimely death on our people.

They can be best summed up as a people proud of their own identity.

All these qualities have come through in many ways, be it as a team effort on the field of play or the achievement of many individuals, none is more celebrated than Bellaghy’s own Nobel Laureate, Seamus Heaney.

The Parish of Bellaghy / Ballyscullion values and encourages the participation of children and young people in parish liturgies and activities that enhance their spiritual, physical, emotional, social and intellectual development, and will work in a partnership way with parents at all times. 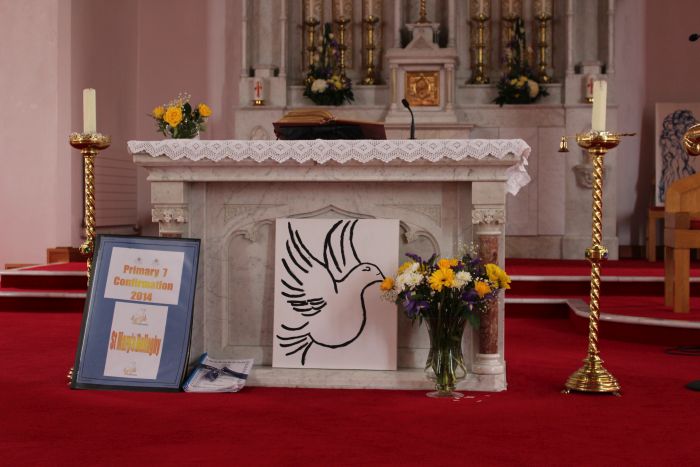 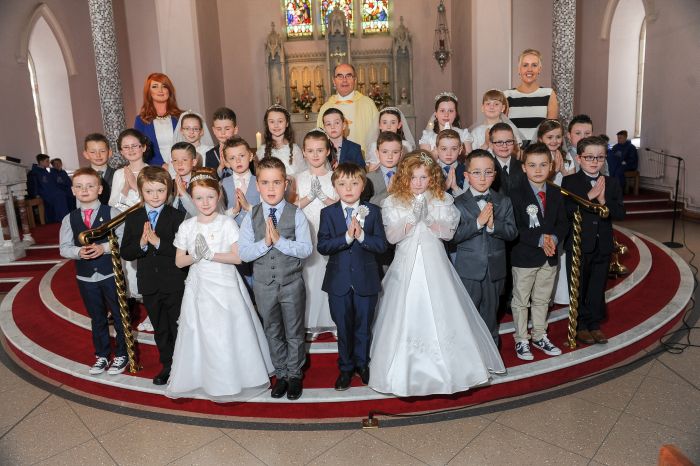 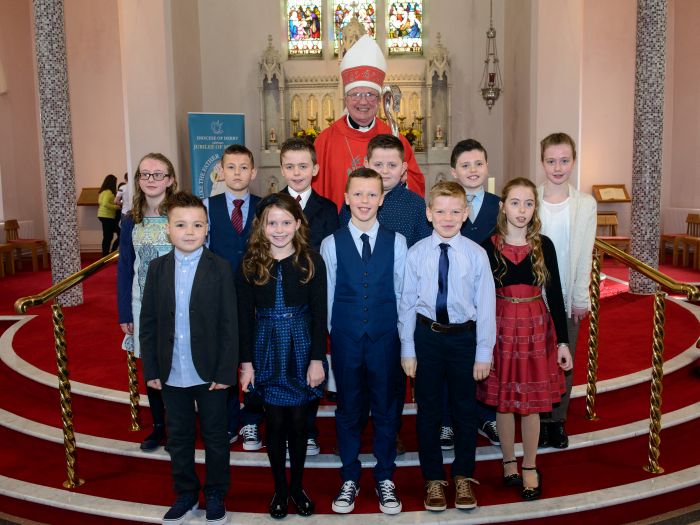 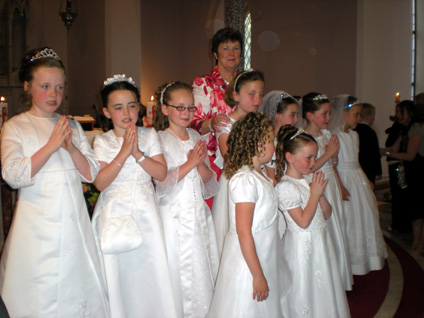